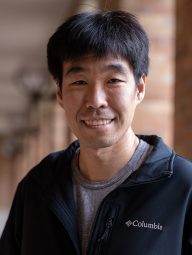 Baosen Zhang is an associate professor in the Department of Electrical & Computer Engineering at the University of Washington. He received his B.A.Sc. degree in engineering science from the University of Toronto, Toronto, ON, Canada, in 2008 and his Ph.D. from the Department of Electrical Engineering and Computer Science at the University of California at Berkeley, in 2013. Before joining UW, he was postdoctoral scholar at Stanford University, jointly hosted by departments of Civil and Environmental Engineering and Management & Science Engineering. His interest is in the area of power systems and cyberphysical systems, particularly in the fundamentals of physical resource allocations, economics, and controlling systems with humans in the loop.