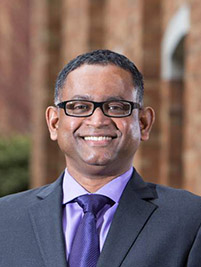 Radha Poovendran is Professor of the Department of Electrical & Computer Engineering at the University of Washington. He is the founding director of the Network Security Lab and is a founding member and associate director of research for the UW's Center for Excellence in Information Assurance Research and Education. He has also been a member of the advisory boards for Information Security Education and Networking Education Outreach at UW. In collaboration with NSF, he served as the chair and principal investigator for a Visioning Workshop on Smart and Connected Communities Research and Education in 2016.

2015: Certificate of Recognition for Significant Research in Cyber Security, Science of Security

2006: Mentor Recognition Award from University of California at San Diego

SOTERIA: Experiment-Driven Analytical Foundations for Resilience in CAN Protocols and BFT++

HYDRA: A Submodular Optimization Framework for Dynamic Network Resilience in the Presence of Antagonistic Interactions and Interdependent Failures